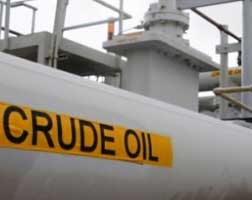 Saudi Arabia will reduce its crude oil allocations to its customers all over the world in October, cutting 350,000 barrels per day (bpd), according to an industry source familiar with Saudi oil policy.

The cuts in allocations are in line with Saudi Arabia’s commitments to the OPEC-led supply reduction pact, under which the top oil exporter is required to cut 486,000 bpd.

The source said that the decision was made to maintain the cuts despite refiners’ request for more crude.

Despite “healthy and robust” demand and refining margins in Asia, state oil giant Saudi Aramco will cut supplies to the world’s biggest oil consuming region by 1.8 million barrels in October, with the reductions affecting mostly customers in Japan, the source said.

The deepest cuts in October were made to major oil companies where supplies were reduced by 225,000 bpd, while allocations to customers in Europe were lower by 70,000 bpd, the source added.

Initial indications show that exports to the US in October will be lower than 600,000 bpd, the source added.

OPEC along with Russia and other non-OPEC nations agreed to cut production by around 1.8 million bpd from January 1 until March 2018.

The deal to curb output propelled crude prices above US$58 a barrel in January but they have since slipped back to a US$50 to US$54 range as the effort to drain global inventories has taken longer than expected.

Rising output from US shale producers has offset the impact of the output curbs, as has a climb in production from Libya and Nigeria.

The lower cuts in October compared with the month before could be due to less domestic crude demand which frees up more oil for export.

The top oil exporter will use less crude to burn in October, but will remain committed to its OPEC production target, the source said.

Saudi Arabia burns on average 700,000 bpd during the hot summer months in its power plants when the weather reaches 50 degrees Celsius.