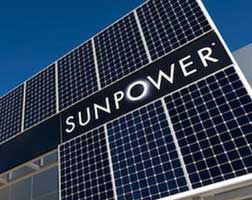 SunPower Corp, the No. 2 U.S. solar panel maker, announced recently that it has recorded better-than-expected quarterly profit and revenue.

It also added that it would take measures to mitigate the blow from tariffs placed on imported solar panels by the Trump administration.

San Jose, California-based SunPower, which manufactures its solar modules mainly in the Philippines, Malaysia and Mexico, is seeking an exemption from the import tariffs President Donald Trump imposed on imported solar panels in January.

“Unfortunately, we are already seeing a negative near-term impact from the ruling as the increased cost due to import tariffs have delayed certain 2018 projects and made other projects uneconomical,” Chief Executive Thomas Werner said in a conference call.

President Donald Trump’s decision to impose tariffs on cheap imported panels was intended to protect American manufacturing jobs, but many in the solar industry have argued that tariffs will raise costs and trigger thousands of layoffs at the installation end of the industry.

The company said it also plans to expand its internal international businesses, including its distributed generation business.

The company posted an adjusted revenue of US$824 million, beating analysts’ estimate of US$791.29 million, according to Thomson Reuters I/B/E/S.

The beat was driven a healthy demand for solar modules in 2017 as the federal tax credit for solar installations was extended by the Congress.

However, it will take time for companies to rebuild their project pipelines.

The company had reported total operating expenses rise 2.7 times in the quarter, largely due to a non-cash charge of US$624 million related to its residential leases.

The company’s shares were up about 1.4 % in after-market trading.