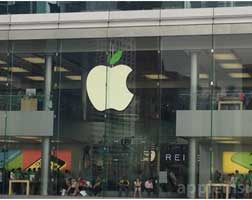 By the end of 2018, three more of Apple’s suppliers in China will be using 100% renewable energy to manufacture its products, the American multinational technology company announced.

The tech giant earlier saw four major suppliers commit to doing so by the end of next year in a supplier clean energy program, according to Lisa Jackson, vice president of environment, policy and social initiatives at Apple.

Three more suppliers in China — Sunwoda, Compal and Biel — will join this program and power all Apple production with renewable sources, Jackson said.

To fulfill this commitment, Compal Electronics, a final assembly supplier for iPad, is constructing solar panels totaling 12.6 megawatts (MW) across 224,000 square meters of rooftop space at its facilities in Nanjing and Kunshan in east China’s Jiangsu Province.

Sunwoda Electronics, a Shenzhen-based battery supplier, has built a 50MW solar farm in central China’s Henan Province. The solar plant, which is 90% owned by Sunwoda, will produce more clean electricity than the power that Sunwoda uses in battery production for Apple.

Biel Crystal Manufactory, a glass supplier in Huizhou of south China’s Guangdong Province, derives 50% of its energy from wind and solar. The company vows to increase the proportion to 100% in 2018.

“These companies are leading the way to a greener supply chain in China, demonstrating that protecting the environment also makes good business sense,” said Jackson.

In recent years, Apple has made efforts to improve the environmental impact of its production and operation.Jackson said Apple is now powering 96% of its global facilities, including offices, retail stores and data centers with renewable energy.

Meanwhile, Apple will continue to plant or protect enough fast-growing forests around the world to meet its growing paper demands in product packaging, Jackson said.