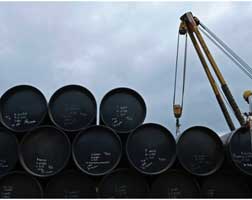 Expecting an output agreement that will cut excess supply among members of the Organization of the Petroleum Exporting Countries (OPEC), the World Bank increased its 2017 crude oil price forecast to US$55 a barrel from US$53 a barrel.

The bank left its forecast of an average of US$43 per barrel crude oil in 2016 unchanged.

In a quarterly commodity markets outlook report, the World Bank said they expect energy prices, including oil, natural gas and coal, to jump almost 25% next year, which is a larger increase than previously forecast.

Although they are expecting a solid rise in energy prices next year led by oil, there is still considerable uncertainty around the outlook as they await the details and the implementation of the OPEC agreement, which will undoubtedly impact oil markets if carried through, said John Baffes, senior economist at the World Bank.

In what would be its first output cut since 2008, OPEC is planning to limit production to a range of 32.5 million to 33.0 million barrels per day (bpd), compared with record output of 33.6 million bpd in September.

According to Khalid al-Falih, energy minister of OPEC top producer Saudi Arabia, oil markets were at the end of a considerable downturn as fundamentals were improving and supply and demand were rebalancing.

One of the largest crude gluts in a generation shook the global oil market for more than two years, with prices crashing from the US$100 level in 2014 to as low as US$27 a barrel earlier this year.

However, partly due to a decline in non-OPEC production and supply outages in some OPEC countries, prices have since steadied at around US$50 a barrel.

For most commodities, including metals and agricultural prices, a modest recovery is projected in 2017 as demand strengthens and supplies tighten, the bank said.