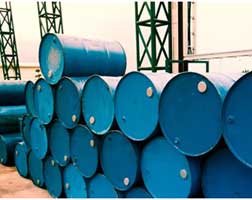 Members of the Organization of Petroleum Exporting Countries (OPEC), along with other non-OPEC nations, will consider an extension of the current oil supply cut agreements.

A statement on March 26 said a joint committee had requested the OPEC Secretariat to review market conditions and report in April whether the voluntary production cuts should be extended by another six months.

OPEC and 11 other leading producers, including Russia, in December agreed cut combined output by about 1.8 million barrels a day in the first six months of the year in the hopes of pushing up global oil prices.

According to analysts, the lack of a solid decision to extend the cuts could bring oil prices down.

Russian Energy Minister Aleksandr Novak said it was too early to say whether there would be an extension. But he said the accord was working well and that participants were committed to 100 percent compliance.

Oil prices peaked at over US$100 a barrel in mid-2014, before sinking below US$30 in early 2016.After the December agreement, crude prices edged up to above US$50 a barrel and are currently around US$48.