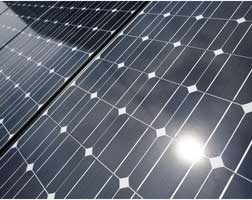 The Singapore-based renewable energy developer and investor Equis Energy is planning to construct two 100-megawatt (MW) solar power plants in Australia worth A$400 million (US$303 million), marking the company’s first investments in the country.

To be built in South Australia and Queensland, the two solar plants will move the country a step closer toward the federal government’s target for at least 20% of nationwide power to come from renewable energy by 2020.

The South Australian plant, Tailem Bend, would be built next to a diesel-fired power station owned by electricity generation and retailing company Snowy Hydro, which had agreed to buy all the power from the solar plant, Equis said. Construction was due to begin in early 2017, it added.

“By developing the Tailem Bend Solar Project and Snowy Hydro diesel projects together, the combined system will have the capability of providing stable power any time of the day across the entire year,” Equis Group Chief Executive David Russell said in a statement.

The second solar plant would be built in Collinsville North, where construction would also begin this year.

Equis said it had also secured land rights that would allow it to build a further 1,000 MW of large scale solar projects, which it aimed to build “over the near term”.

The company, founded by bankers who worked for Macquarie Group’s Korea infrastructure fund, said it had completed 33 utility scale renewable energy projects in Asia over the past three years.