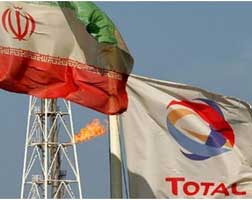 French oil and gas firm Total has committed to put in US$1 billion to develop the South Pars offshore gas field in Iran after the US has extended a sanction waiver, marking the first major western energy investment in the country since Tehran signed an international nuclear deal.

Washington has warned that it could cancel the sanctions waivers if it believes Tehran is not curbing its nuclear program in line with the deal with world powers.

Total CEO Patrick Pouyanne said in an interview that the project is worth taking the risk as it opens a huge market. “We are perfectly conscious of some risks. We have taken into account (sanctions) snap-backs, we have to take into account regulation changes,” Pouyanne added.

The offshore field was first developed in the 1990s, and Total was one of the biggest investors in Iran until the international sanctions were imposed in 2006 over suspicions that Tehran was trying to develop nuclear arms.

Total has decided to return and develop phase 11 of the South Pars project in the Gulf, which will cost up to US$5 billion, at a time when President Hassan Rouhani has faced criticism at home over a lack of economic revival following the easing of sanctions under the nuclear deal.

Though one of the world’s largest oil and gas producers, most major international giants including Royal Dutch Shell and BP have so far shown limited appetite to invest in Iran, due to uncertainty over contract terms and a sharp drop in global oil prices.

US President Donald Trump’s hard line on Iran has further cooled the investment climate, even though his administration extended the wide sanctions relief last month.

“The US waivers have been renewed and they will be renewed every six to eight months. We have to live with some uncertainty,” said Pouyanne.

Total holds a 50.1% interest in the South Pars project along with state-owned China National Petroleum Corporation, with 30%, and Iran’s Petropars with a 19.9%, he said.

The French group has also made a number of significant investments in recent years in Abu Dhabi, Qatar and Brazil as Pouyanne sees the three-year downturn in the global energy market as an opportunity to clinch deals for cheap resources to secure strong growth.

Total aims to achieve returns of above 15% on every new project it is enters into around the world. That includes South Pars, where terms discussed with the Iranian government would be significantly better than in the pre-sanctions period, Pouyanne said.

The new Iranian Petroleum Contract (IPC) differs from its predecessor by offering the operator remuneration based on production rather than a simple % age of the development costs, Pouyanne said.

It also extends over a period of 20 years rather than seven or eight. “The IPC is a real improvement,” he said. “We will not go to Iran if there is not a reward which is commensurate.”

With US sanctions still in place prohibiting trading with Iran in dollars, Total will finance the project in euros from its own resources.

Gas from South Pars will supply only the fast-growing domestic Iranian market and none will be exported, Pouyanne said. Total will be paid not in cash but in condensate, a very light crude oil which is a by-product of gas production.

South Pars is part of a giant gas reservoir that straddles the territorial waters of Iran and Qatar, where Total is also a major player in gas production as well as in oil and refining.

Tehran has indicated that the development of the project will not be hit by Qatar’s diplomatic isolation due to a dispute with Saudi Arabia and some of its Gulf Arab allies.

Pouyanne also said that the company is also considering a petrochemicals project in Iran which would require external financing from Asian banks, although this remains in less advanced stage.