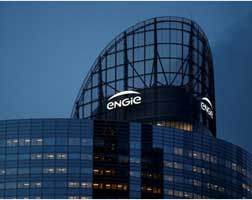 Engie Asia Pacific’s President and Chief Executive Officer Jan Flachet said in an interview that the company is planning to go to low carbon solutions as the sustainability of coal plants in the next 30 years grow dimmer.

Renewables accounted for more than half of net annual additions to power capacity, and overtook coal in terms of cumulative installed capacity in the world for the first time in 2015, the International Energy Agency (IEA) said.

“This market evolution has had a huge impact on the energy market,” Flachet said, with Engie investing in technologies such as geothermal, biomass and hydrogen storage, as well as solar and wind.

In Indonesia, which has struggled to meet strong demand growth for electricity demand as projects stall over license or land clearance issues, Engie has submitted a bid to build a 150-megawatt (MW) gas-fired power project in Riau province in a government tender, Flachet said.

The company expects to begin construction next year at a 100-MW geothermal power plant in Muara Laboh, in west Sumatra, the first of three such projects, with more tenders for power projects to come.

Engie is also in talks with state power company PLN over feed-in tariffs for two solar projects of 200 MW and plans to tap on biomass such as bamboo and palm oil waste to generate electricity, he said. The company is also expecting the completion of the sale of its 40% stake in the country’s largest coal-fired power generator PT Paiton Energy to an international investor by the end of 2016.

Engie is also developing solar-hydrogen storage that will be competitive enough to replace diesel generators to power up islands in the Philippines, Indonesia and remote areas in Australia, Flachet said.

Meanwhile, Engie is also considering a sale of its 70% stake in the 1,000-MW Loy Yang B plant and may close its 50-year-old Hazelwood unit in Austrlia, Flachet said.

In Myanmar, the company hopes to capitalize on its huge growth potential for electricity, although the country will first have to install a liquefied natural gas (LNG) terminal, he said.

Engie also has a 50 MW wind power project in Mongolia, he said.