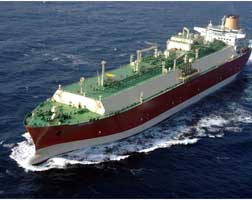 State-owned liquefied natural gas (LNG) company Qatargas has signed an agreement to supply multinational oil and gas company Shell up to 1.1 million tons of LNG per year for five years.

The agreement will start in January 2019 and will be for the supply of LNG from Qatar Liquefied Gas Company Limited (4) (Qatargas 4), a joint venture between Qatar Petroleum which holds 70% and Shell with the remaining 30%.

The LNG will be delivered to either the Dragon LNG Terminal in Britain or the Gate LNG Terminal in the Netherlands, Qatargas said in a statement, which gave no value for the deal.

Qatar, the world’s biggest exporter of LNG, faces competition from Australian and US producers. Supply deals into Europe offer a valuable option as Asia’s gas-consuming economies rein in new deals in light of a growing supply overhang.

The Shell agreement also comes as the worst rift in years among some of the most powerful states in the Arab world continues to simmer.