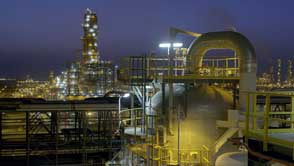 Chlor-alkali is used in water treatment and in the manufacture of textiles and metals. Ethylene dichloride is typically used to produce PVC, which has a wide range of applications across housing, infrastructure and consumer goods.

The project, to be constructed in the TA’ZIZ Industrial Chemicals Zone, which is a joint venture between ADNOC and ADQ, represents the first investment by Reliance in the region.

Under the terms of the agreement, TA’ZIZ and Reliance will construct an integrated plant, with capacity to produce 940,000 tonnes of chlor-alkali, 1.1 million tonnes of ethylene dichloride and 360 thousand tonnes of PVC annually.