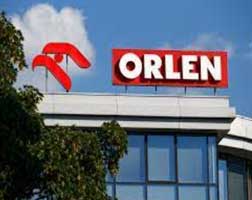 Poland’s PKN Orlen is investing in the expansion of the Olefins Complex at the Płock Production Plant. The project is scheduled for completion in the first quarter of 2024 and production launch is planned for early 2025. It will cover an area of almost 100 ha and add about PLN 1 billion to the company’s annual EBITDA. The project’s value is estimated at PLN13.5 billion, based on a lump-sum bid for the steam cracker and the related units, as well as detailed estimates of expenditure on the necessary infrastructure.

The Olefins III Complex will be built using technologies to ensure, among others, greater energy efficiency, including a 30% reduction of CO2 emissions per tonne of the product. In view of the rising CO2 prices, this will directly improve the competitiveness of the production plant, it adds.

The petrochemical products manufactured in the Olefins Complex will be the basis for producing all kinds of everyday items, such as cleaning, hygiene and medical products, as well as synthetic fibres for the production of protective clothing and masks. They will also be used to produce car parts, components of household appliances and electronic devices, etc.

“This is an important moment for PKN ORLEN and the Polish petrochemical industry. We are taking a major step towards significantly expanding the petrochemical segment at the Płock Production Plant, which – once the Olefins III Complex is completed – will be one of the most modern facilities of this type in Europe. With this project on-stream, PKN ORLEN will join the top petrochemical producers in the European market. It will also secure its competitiveness in the long run and increase its resistance to unfavourable mega-trends in the fuel market. Importantly, the project fits with the merger of Orlen and Lotos, which will supply significant volumes of kerosene to the Olefins. Petrochemicals have a huge potential. We want to harness it to deliver maximum value, in response to the steadily growing demand for high-margin petrochemical products. This will benefit the Group companies, our shareholders and the Polish economy, which will become even more competitive,” said Daniel Obajtek, CEO/President of the PKN Orlen Management Board.

The expansion of the Olefins Complex at the Płock Production Plant is part of the ORLEN2030 strategy, which assumes that PKN Orlen will achieve carbon neutrality by 2050. In furtherance of this goal, the company aims to reduce carbon emissions from its existing refinery and petrochemical assets by 20% and cut down carbon emissions per megawatt-hour of electricity by 33% by 2030.

PKN ORLEN‘s investment project will also benefit the Lotos Group, which will supply petroleum products for the production of petrochemicals. The city of Płock and neighbouring municipalities will also profit as new jobs will be created at the expanded Olefins Complex.

The Supervisory Board’s decision opens the way to sign a contract for the expansion of the Olefins Complex III under the EPCC formula with preferred bidders, namely Hyundai Engineering and Técnicas Reunidas. In addition, special purpose vehicle Orlen Olefiny has been established to implement the project.