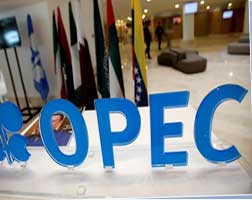 Member states of the Organization of the Petroleum Exporting Countries (OPEC) along with 11 major non-OPEC oil producing nations, including Russia and Mexico, has begun cutting down oil production since January 1, 2017 to normalize market prices.

The cartel members will abide on a voluntary basis by the production ceiling of 32.5 million barrels per day, which was preliminary agreed in Algiers in September 2016 and later confirmed on November 30, 2016 in Vienna.

The oil production curtailment deal will be effective for six months and later may be rolled over for another six months depending on the state of the oil market.

Compliance with the agreement will be monitored by a special committee, co-chaired by Kuwait and Russia, with its first meeting scheduled to take place in late January in the Austrian capital.

The measure, which was under discussion for over a year before implemented, is expected not only to help dispose of the whopping world oil glut of 300 million barrels, but also to bring oil prices to the level of US$55 to US$60 per barrel in 2017, compared with 2016 average of US$34 dollars per barrel.