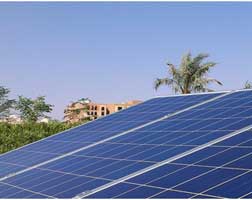 Saudi Arabia will auction as much as 1 gigawatt (GW) of renewable energy contracts by the fourth quarter of 2017 to stimulate the kingdom’s wind and solar industry.

The government will offer power-purchase agreements covering 620 megawatts (MW) of photovoltaic installations and 400 MW for wind farms in its second round of tenders for the technologies, said Turki al-Shehri, head of renewable energy project development at the Ministry of Energy, Industry and Mineral Resources.

The oil exporting nation’s goal is to install 3.45 GW of renewable by 2020 and 9.5 GW by 2030, about 10% of its current electricity generation capacity. With a growing population, the kingdom is consuming more of its own oil and natural gas resources to feed its utilities.

“The kingdom has set a truly wonderful vision. The tenders that were recently issued, this is only the beginning of our accomplishment. We are open for business,”Al-Shehri said.

Al-Shehri said there would be local-content requirements in the program designed to encourage manufacturers to build capacity in Saudi Arabia. Those rules will be raised in successive years.

Earlier this month, the ministry said it cleared 27 companies to bid for a 300-MW solar plant and 24 firms for a 400-MW wind farm. That revived a process that was held up by a suspension of the tender process in March announced by the national utility, Saudi Electricity Co.

Al-Shehri said the long-term power-purchase deals will be guaranteed by the government, since the kingdom also is intending to privatize the utility in the coming years.

The government is in the process of offering to investors a stake in its oil company, Saudi Arabian Oil Co. (Aramco).